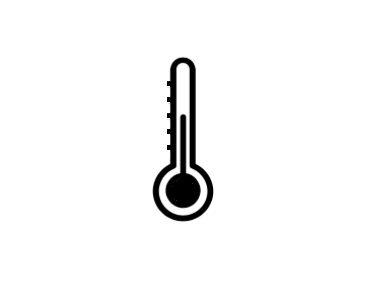 Every life form either adapts to changes in its environment or it becomes extinct. During the last century, via large scale combustion of fossil fuels, mankind has changed both Earth's climate and its chemical environment to the extent that many important life forms are today becoming extinct.

Since about 1960 combustion of fossil fuels has raised the CO2 fraction in both the atmosphere and surface water bodies by about 30%. Increasing the atmospheric CO2 fraction makes the atmosphere more opaque to radiation within the CO2 absorption bands, which reduces Earth's thermal infrared energy emission to outer space within these frequency bands. As a consequence planet Earth is absorbing more radiant energy than it emits, which is causing CO2 induced global warming. The CO2 is one of several Green House Gases (GHGs) which exhibit this warming effect.

Another important Green House Gas is water vapor, which has a comparable effect on the emitted infrared radiation spectrum over a wider band of frequencies.

The CO2 induced warming also causes some air borne and surface H2O molecules to transition from ice to liquid water which reduces the fraction of incident solar radiation that is reflected back into space. This effect further amplifies the CO2 induced warming, particularly in the circumpolar regions.

The increased concentration of CO2 in ocean water has made the water more acidic (reduced its pH causing CO3-- ions to convert to HCO3- ions) to the point that plankton and other marine micro-organisms that rely on CO3-- ions for forming bone and shell material can no longer thrive or survive. These micro-organisms are at the base of the ocean food chain and their gradual loss is causing a precipitous decline in wild fish and marine mammal populations. Animals further up the food chain, such as bears, which rely on wild fish stocks are now being affected.

From a human food perspective fish farms, where the CO2 related water chemistry problem can be artificially corrected, are quickly displacing wild fish as a source of protein for human consumption.

In Canada in recent years, climate change due to global warming has caused record wild fires, record floods, record ice melts and record violent storms. The sea level is rising. There is a threat to the continued existence of many plant species and all large land animal species, including humans. There is ongoing massive human migration from tropical countries to the more temperate circumpolar countries. The underlying cause of these problems, combustion of fossil fuels, is well known but still Canadian political leaders fail to heed science and adopt rational policies to mitigate the problems.

At the root of these problems is a taxation system that presently places short term profit from use of fossil fuels ahead of long term human survival.

A major author on the subject of climate change is James E. Hansen. His website contains much relevant data.

Precise data for 2019 shows that global green house gas (GHG) emissions are increasing, not decreasing. The decade ending in 2019 was the hottest on record. In spite of pseudo-political agreements the GHG emission problem is getting worse, not better.

In Canada the Liberal government has repudiated its 2015 commitments made in Paris by approving a pipeline for tripling of tar sand oil exports and has promoted other tar sand development projects. These policies will make meaningful Canadian CO2 emission reduction impossible.

Even if CO2 emission is stopped immediately the time frame for natural decay of the atmospheric and ocean CO2 concentrations to former levels is many thousands of years. There is a circum-polar albedo feedback mechanism related to average snow and ice cover which will likely lock planet Earth in a hot state for hundreds of thousands of years into the future.

This clear and present climate threat was concisely and accurately summarized by 16 year old Greta Thunberg in her September 2019 address to the United Nations.

In North America and parts of Europe the lack of public knowledge about energy systems is so profound that political leaders, public rights advocacy groups and the news media have all failed to comprehend that renewable energy is incapable of sufficient displacement of fossil fuels. In Canadian provinces that do not have large amounts of hydraulic energy storage the only sustainable and sufficient source of dependable non-fossil power for fossil fuel displacement is nuclear power supplied by both sodium cooled fast neutron fuel breeding reactors and by molten salt cooled thermal neutron fuel breeding reactors.

Intermittent renewable energy generation should be primarily used for production of electrolytic hydrogen which is needed to econoomically meet the peak winter heating load, to produce synthetic liquid hydrocarbons, to produce ammonia and to serve as a backup fuel when nuclear reactors are temporarily shut down.

To put this matter in perspective in 2019 in the Province of Ontario about 85% of all energy consumed came from fossil fuels. Of the remaining 15%: 60% was nuclear, 25% was hydropower and the remainder was wind and solar energy which together comprised less than 2.25% of total energy consumed. To compound the problems in 2019 about 70% of the available wind energy was either discarded or was exported at a very low price due to improper retail electricity pricing in Ontario.

The Ontario government presently has no plans for timely replacement of the six existing operational CANDU nuclear reactors in Pickering, Ontario which presently provide over 3000 MWe of emission free base load electricity. These reactors will cease operation in 2024-2025.

The incompetence and corruption among politicians, public advocacy groups and news media seems to know no bounds. The scientific and engineering communities know that the only means of reducing fossil CO2 emissions sufficiently to mitigate climate change is via major investments in sustainable nuclear power. However, parties with vested interests in fossil fuels continue to deny this reality.

These issues are well presented in an hour long video titled: NOBODY'S FUEL excerpts from which are available at www.nobodysfuel.com

A good short essay on remediation of the climate change problem is: The Moral Imperative of Green Nuclear Energy Production.

A good written summary of the world climate change problem is: FIRE ON PLANET EARTH (48 pages, December 11, 2019) by James Hansen. In spite of James Hansen's eminent reputation the fossil fuel industry does all necessary to consstrain his funding.

In this web site section the effects of combustion of fossil fuels on climate, ocean chemistry, ocean heat content (enthalpy) and sea level are presented.

Unless thermal runaway is soon halted it will cause Earth's average surface temperature, as indicated by a far infrared spectrometer located deep in outer space, to increase by about 17.5 degrees C as compared to pre-industrial conditions. The major factors governing this rise in average surface temperature are changes in the atmospheric greenhouse gas concentrations and the planetary albedo (solar reflectivity). The rate of average temperature change is limited by the heat capacities of the oceans.

Today we have a high and rising atmospheric CO2 concentration, a rising sea level, many large animal species extinctions, agricultural failures and human migrations. If these trends continue soon much of the human population will become extinct.

During 2017 and 2018 a team of senior Canadian engineers identified the measures required for Canadian compliance with the 2015 Paris Accord on climate change. These measures are set out on the web page titled: Integrated Zero Emission (INZEM) Energy Plan. As of March 2021 no major Canadian political party has accepted the necessity for timely implementation of these measures. In fact, quite the contrary.

The federal Liberals have approved the Trans-Mountain pipeline capacity expansion which will prevent Paris Accord compliance no matter what other CO2 emission reduction measures are adopted. The Conservatives have refused to face the necessity of leaving fossil carbon in the ground. The NDP and the Green Party have both rejected large scale expansion of nuclear power capacity, which is essential for materially reducing Canadian CO2 emissions. None of the major political parties are actively promoting rapid deployment of Fast Neutron Reactors and related fuel recycling, which are required to achieve both nuclear power sustainability and elimination of long lived nuclear waste.

Meanwhile, as shown on the INZEM Web Page, due to repeated political delays by both the federal and provincial governments it is now impossible for Canada to meet its Paris Accord target for 2030, even without the Trans-Mountain Pipeline. The single recent positive step was the US election of president Joe Biden, who in January 2021 stopped further work on the Keystone pipeline.

Canada has the highest CO2 emissions per capita in the world. How can Canadians reasonably expect other countries to comply with or exceed Paris Accord targets when Canadian political leaders are totally unwilling to implement the measures necessary for Canada to achieve its own Paris Accord targets? The time has come for Canadian voters to throw out of office all elected politicians who are not prepared to be face the full extent of the CO2 problem. These politicians presently include but are not limited to Justin Trudeau, Erin O'Toole, Doug Ford and Jason Kenny. These politicians are all hogs feeding at the fossil fuel trough. They have available to them economically viable, sustainable and dependable non-fossil energy supply alternatives which they refuse to promote or adopt.